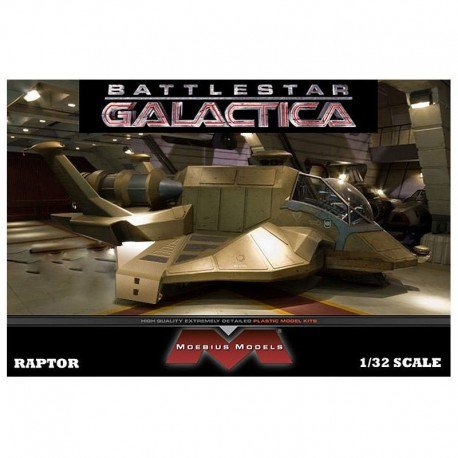 Fans of the re-imagined version of Battlestar Galactica will be happy to finally be able to build the famous Raptor spacecraft from the series. Modelers have been asking for this plastic replica for some time, and welcome the 1/32 scale version from Moebius Models with open arms.

The Raptor was one of the workhorses of the Colonial Fleet. A versatile craft, the Raptor has been used in many roles including as a marine assault craft, ambulance, general purpose transport, combat search and rescue spacecraft, and as a combat assault vehicle. This model kit is one of those must-haves to complete any Battlestar Galactica fan's collection.

11 other products in the same category: