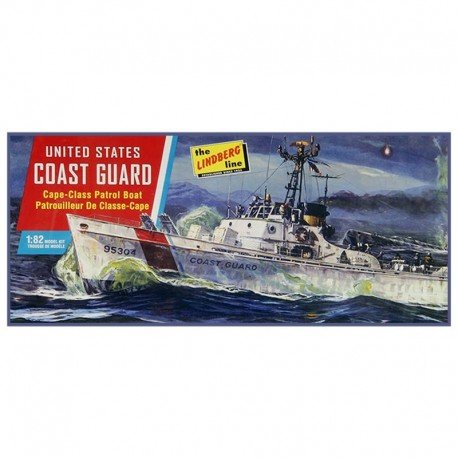 The 'Cape Gull' Patrol Boat (later renamed the 'Robert Edmister') was one of only thirty-six Cape-class patrol boats originally built in the 1960's and decommissioned in the 1980's. These vessels were a select group of defensive seacraft which closely patrolled coastal waters for submarines and other underwater threats. Regardless of their low numbers, these aluminum vessels were well-outfitted for crushing their intended enemies: submersibles.

This military class of ship possessed two anti-submarine launchers, twin 20 mm guns, and multiple depth charges. Aside from mimicking the weapons on the real thing, the scale plastic ship kit from Lindberg features separate deck fittings, a lifeboat, three crew figures, and a single display stand. Easy to assemble and full of intricate detail, this model ship kit can be a solid addition to any collection.