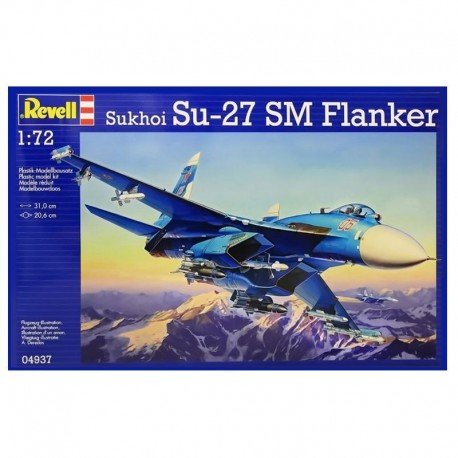 For fans of Cold War or modern jet aircraft model kits, Revell has released the SU-27 'Flanker' in 1/72 scale. This detailed kit is a re-release originally produced by Zvezda models. It comes in six sprues of gray plastic and one sprue of clear plastic parts. Details include weapons options, engraved panel lines, two pilot figures and a set of decals that let you build either of two versions of the aircraft. A fully illustrated instruction sheet with paint guide takes you step-by-step through assembly to finished aircraft.